The question is, what is going on at Peripheral Labs? We’re a quiet bunch I’m afraid, getting stuck into all sorts of work and trying our best to finish Boxman, our long in development game, but hopefully a nice monthly update will fill you in and convince you we aren’t doing nothing.

Speaking of which, I was at a networking event recently and while discussing the effort required to actually finish a game we agreed that it’s hard for new game developers to talk to business people as we always come off as having done nothing. The conversation goes something like this: “So when did you start your business?”, “Oh about 3 years ago”. ” And what have you done in that time?”, “Well, worked on a game that isn’t done yet”. “Oh so you’ve done nothing in 3 years?”. Maybe the conversation isn’t quite as blunt as that. But you get the idea, it often seems as though we’re doing nothing as we toil away on games for years at a time.

Oh, I’m rambling. It’s taken me two paragraphs, but lets get into what we’ve been doing.

Boxman is progressing nicely and just recently the multiplayer management systems were completed. Bar some testing of course, you can now search for games using the server browser, join your friends games, and invite your friends to play. It all works pretty nicely apart from the occasional bug.

We’ve also redone some of the UI to bring it up to the quality we want for release, here’s the pre-match screen:

This tabbed UI is shared across were ever relevant to keep the UI as consistent as possible. There are a few minor usability things like for example if you pick a class you can change your mind. We want the experience as easy as possible. If something is ever out of place, or doesn’t quite feel right, it needs to be fixed.

Read more about Boxman’s development on it’s own site here.

In our efforts to promote the game before it’s inevitable release we’ve been going to some nearby conventions and showing off the game to the public, just recently Akumakon an anime and gaming convention. Since we’re fortunate enough to have split screen multiplayer the game is absolutely perfect for events like these as groups of friends can huddle around our TV and shoot each other in Boxman. 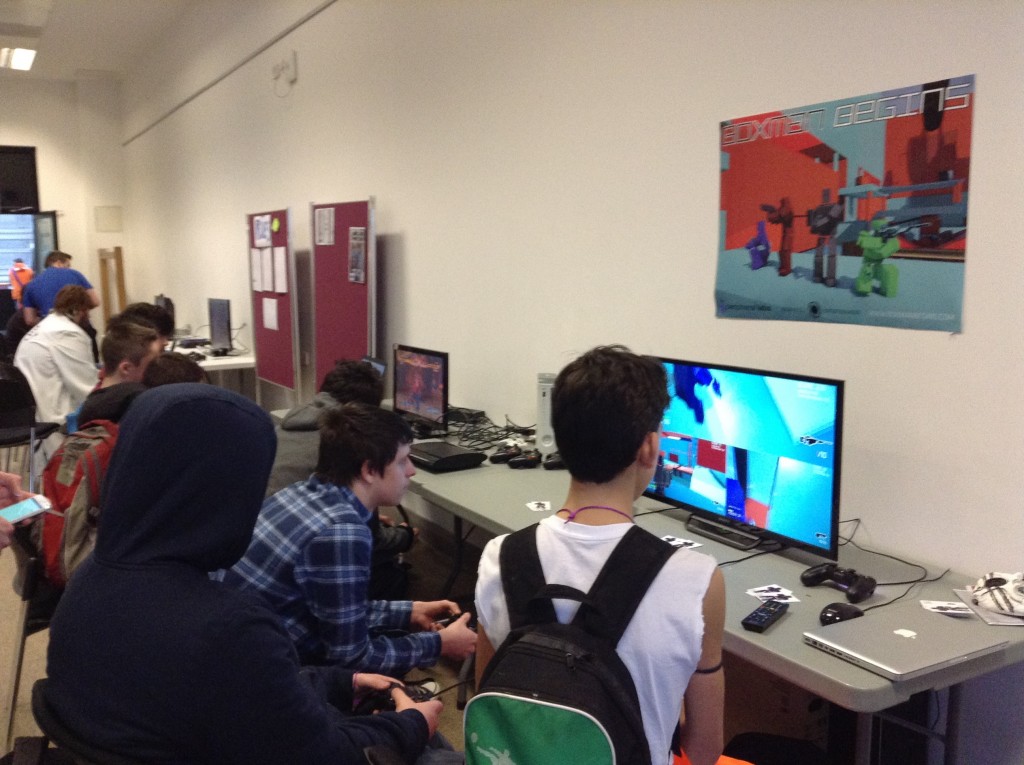 The event was held in the unversity in Galway where we’re based. It had a good turnout as you can see by the foyer of the event hall: 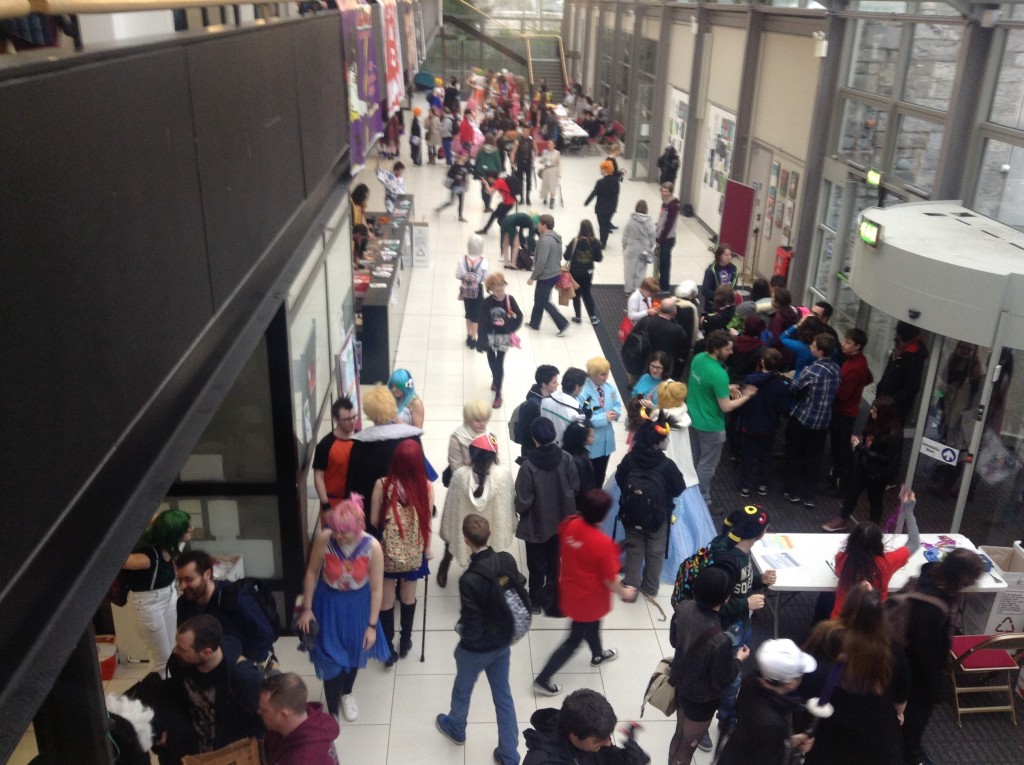 We’ll be going to other events in the summer so if you’re in Ireland please keep an eye out and we’ll tell you when you can come play Boxman.

Cellular automata and other research

When I’m not working on Boxman I focus on research into maths, data science and other interesting topics that could provide useful knowledge when building games. One such side project was that of cellular automata.

If you imagine a grid of cells that can either be on or off you have a generation of cellular automata. As time passes new generations are created based on a set of rules deciding how new automata are born based on their parents. Parents being the automata previously living in that cell and it’s neighbours. So you might have a rule saying  that if a cell is on and it’s two neighbours are also on, the new cell will be off.

In exploring this topic I created a simple one dimensional automata simulator in which cells exist in a row. Each column of cells is a new generation developed from the one above it.

It’s very simple, but what’s remarkable is that with such simple rules amazing and incredible things happen, things that seem almost greater than the sum of their parts. Patterns like these occur: 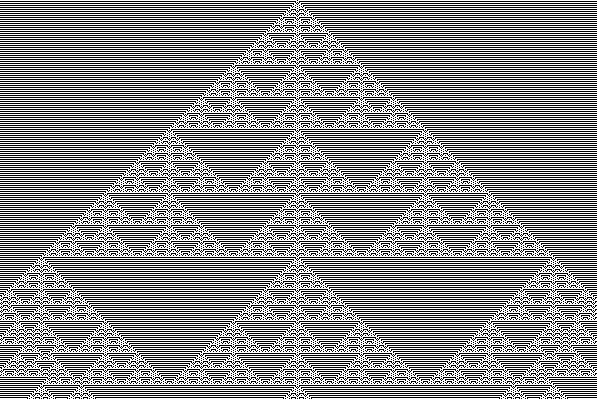 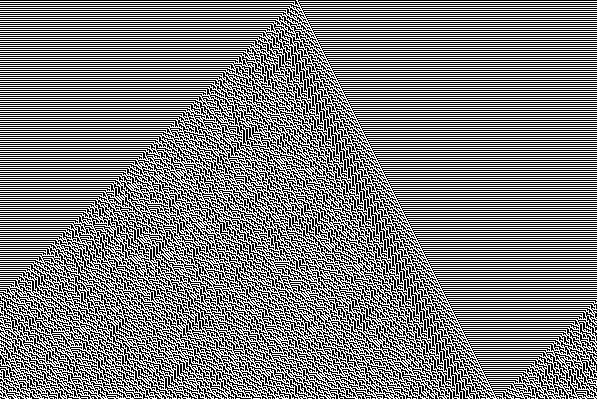 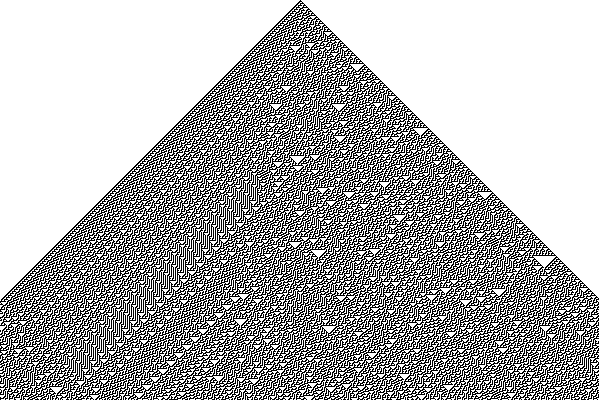 The above patterns appeared starting with a single black pixel at the top of the image. All this detail and amazing structure came out of a black dot and a set of 8 rules.

I do intend to do more research into this amazing topic, but for now I’ve uploaded the code I used to my personal github account, so if you’re interested please go check it out.

That’s it for this month

Hopefully I’ll remember to write another update next month, but for now I hope you’ve enjoyed hearing about Boxman and our little passions that keep us going on long projects. I hope we’ll be able to test Boxman’s multiplayer systems soon and then some of you can come and play with us.

Until then, good bye!