So at Peripheral Labs we’ve been quiet lately. Okay we’ve been very quiet. This does not however mean we aren’t doing anything. It’s just, we’ve been busy, and, well you all know that problem when you get out of the habit of updating a website. Yea that’s happened here, I will admit it.

Anyway. The biggest thing we’ve been working on is Boxman Begins, our online multiplayer game being made in collaboration with Wormhole Entertainment. A few weeks ago we had our first multiplayer test with members of the public, and then a second test a couple of weeks later.

They went extremely well, players liked the game and we got a whole load of feedback on things to tweak and fix. All of this is in preparation for going really public with the game. We are working on a trailer at the moment, and so when that’s ready, the game will go on GreenLight, and we will try to get some press coverage.

The current plan is to early access release the game near the end of the summer of this year. We decided the game lends itself quite well to the whole concept of early access since it’s an online game and maps, game modes and features can be added without effecting a story.

Since it’s time to start polishing the game I will try and post an update every week showing new things. The problem up until now is that a lot of programming has been done for the back-end network stuff, which isn’t very exciting to show you.

However I have some cool pictures to who you from the multiplayer test! 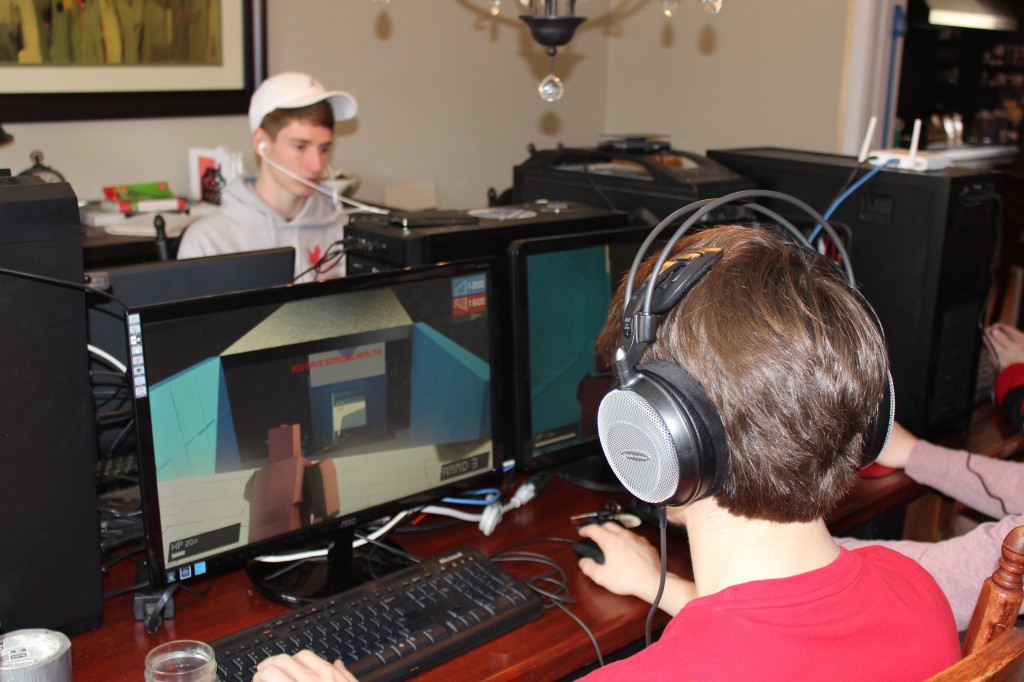 The other parts of Peripheral labs have been toying away with game concepts, idea’s for various things like interactive education, physics simulations and of course out little game engine that’s been stuck in development for years.

Most recently we got our hands on Unreal 4, and boy is that engine glorious! I’m sorry Unity fans but Unreal 4 is just better in so many ways. We’ve been experimenting with it, learning it’s source code, and most importantly testing game concepts with it.

It was recently announced that Epic has a nice arrangement with Sony and MS that allows us to make PS4 and Xbox One games. We fully intend to make use of this fact, and are concepting games for future developments that will likely be designed from the ground up for PS4.

Anyway thanks for reading, I will post an update next Saturday on the things that have happened over the week. I’d like it if you came back to read that.